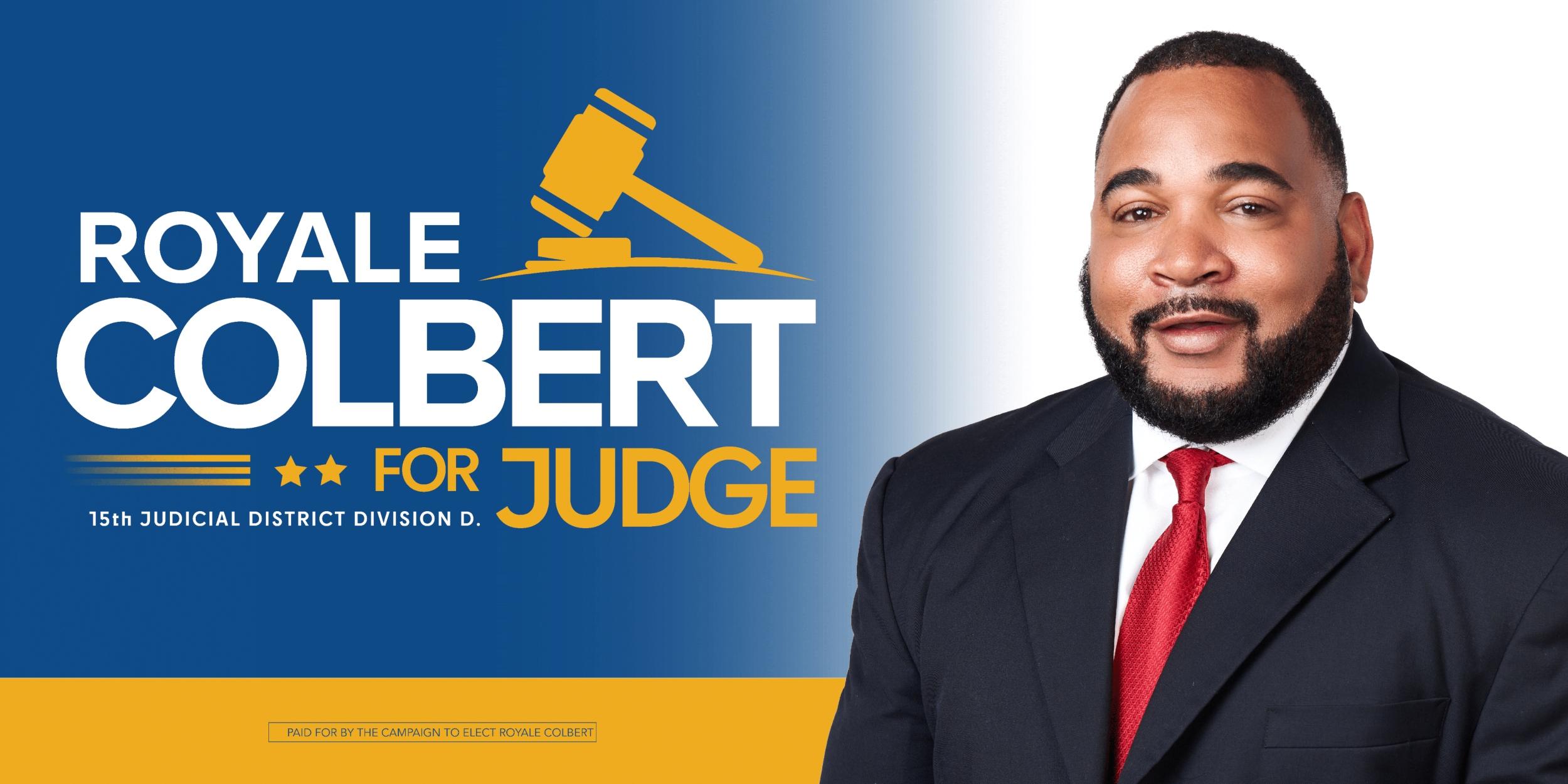 Raised in Lafayette, the fifth of six kids born to Jacqueline Marie Jean Batiste and Royale Colbert, Sr., Royale has been engaged in our community as a volunteer, donor, defender, and protector for almost thirty years. After high school, Royale joined the Mighty 256th Mechanized Infantry Brigade, remaining in the Guard as a full-time undergrad at USL, until he went to law school at Southern University. Three days after graduating with his Juris doctorate, he joined the Air Force, eventually becoming a member of the Judge Advocate General’s Corps. He spent sixteen years honorably defending soldiers and airmen accused of crimes. In 2017, Royale retired into the Army Inactive Ready Reserve, continuing to assist local recruiters with clearing minor offenses from the records of young men and women seeking to join the U.S. Army.

In our civilian world, Royale has served our community as an Assistant Attorney General, a public defender, and, most recently, as a felony prosecutor in the Lafayette Parish District Attorney’s office. For the last six years, Royale has prosecuted the most serious violent offenses including rape, armed robbery, and murder. In his downtime, he volunteers helping local youth at various events across Acadiana, teaches police officers at the Lafayette Parish Sheriff’s Academy, and indulges his love of all things Marvel.